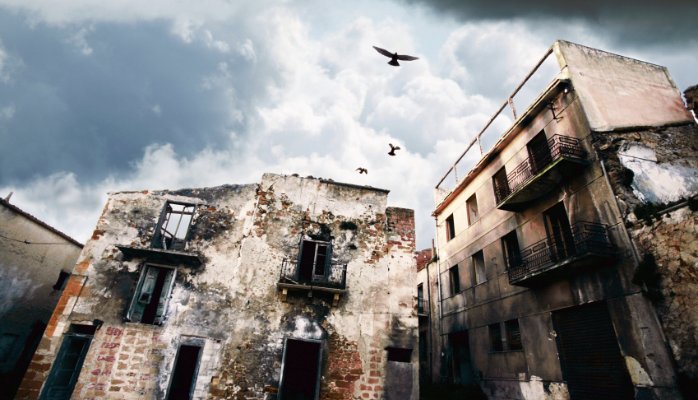 A stress management counselor and veteran herself, the author speaks out on new diagnoses, a new DSM category and, best of all, new ways to heal.

Let’s start with the good news. Perspectives on PTSD have come a long, long way since “post-Vietnam syndrome” became a hot 1970s topic. And even back then, the condition itself was ancient—in fact, as old as war. In decades past, PTSD had been called “shell shock,” “battle fatigue,” and even (by Sigmund Freud) “war neurosis.”

Today, Post-Traumatic Stress Disorder is widely seen not as a character flaw, but as a grim cost of war paid by too many service members. Books and articles about PTSD now use terms like “Invisible Heroes” and “hero’s journey.” PTSD has been extensively studied and is generally regarded as worthy of serious attention and treatment.

In 1980, the words “post traumatic stress disorder” were first used in the American Psychiatric Association’s DSM*, earning a new level of consideration among health professionals.

And in the latest DSM, PTSD now appears in a new category: “Trauma and Stress-Related Disorders.” This means that the medical community no longer sees PTSD exclusively as an anxiety-related mental illness. Instead, by definition, PTSD is now scientifically connected to external events, not internal weakness: a strike against stigma.

Here’s what’s shocking. Unfortunately, PTSD sufferers are still sometimes dismissed by the public—and even by some fellow veterans—as weak, delusional or malingering.

This July, a Savannah GA TV news story on how fireworks could affect PTSD-afflicted veterans spawned dismissive comments such as “They should just grow up!” from communities surrounding (and generally supportive of) nearby Fort Stewart.

In terms of public opinion, it seems those affected by PTSD  may still face some misunderstanding.

And although the Veterans Administration has led the way in helping veterans with PTSD, many still struggle—often in silence and shame—with symptoms for years, even decades.

Is “disorder” the word? Perhaps encouragingly, a Google search of the phrase “is PTSD real” results in mostly reasoned discussions, largely of possible over-diagnosis.

One notable search result is on the stance of Medal of Honor recipient U.S. Army Staff Sergeant Ty Carter, who said that PTSD should not be called a disorder because (1) the word “disorder” stigmatizes veterans and (2) the condition is a “natural reaction” to the extreme stress of war.

Carter’s point is not that PTSD isn’t real, or that it’s unworthy of treatment, but that it’s fundamentally human after severe combat trauma. Who among us can argue with that?

If we must call PTSD a disorder, some have argued for classifying it as a spectrumdisorder: that is, one with distinct, identifiable degrees of severity (as Autism Spectrum Disorder is now understood). This may reduce stigma and promote more accurate diagnoses and more appropriate treatment.

Beyond combat traumas. Although PTSD is largely associated with military service, the DSM and most mental health professionals now recognize that civilians can also suffer PTSD. Civilians’ symptoms are much the same as those tied to war: crippling flashbacks, nightmares, agitation, insomnia, panic, guilt, hyper-vigilance and, ironically, shame over the symptoms themselves.

The PTSD Alliance reports that about 5% of all Americans—not just veterans—suffer the condition at any given time, and that approximately 8% will develop it in their lifetimes. The estimated likelihood of developing PTSD after trauma correlates to the type of trauma, with rape victims at highest risk (40%); survivors of other physical abuse at 31.9%; survivors of serious accident or injury at 16.8%; people who experience the sudden, unexpected death of a close friend or family member at 14.3% risk and survivors of natural disaster at 3.8%.

Obviously, these traumas can affect anyone, including people you work with.

How mindfulness helps. If you or someone you know has suffered a life trauma (and 70% of us do at some point), and symptoms such as nighmares, flashbacks, insomnia, guilt and jumpiness persist longer than a month, PTSD may be the cause. Fortunately, mindfulness practices including meditation—which have been proven to reduce these PTSD symptoms among combat veterans—can be immediately helpful.

A PTSD meditation. Here is one highly effective exercise you can use to calm your body and mind, regardless of diagnosis. Just 10 minutes a day can bring notable results, and repeating these actions several times daily can help ease even the most stubborn symptoms. You can do this exercise sitting or lying down.

As always, I welcome your comments and reports of how things are going.

In my next column, I’ll discuss my own experience with PTSD and cover more about non-combat PTSD symptoms, especially as they can affect the modern workplace.