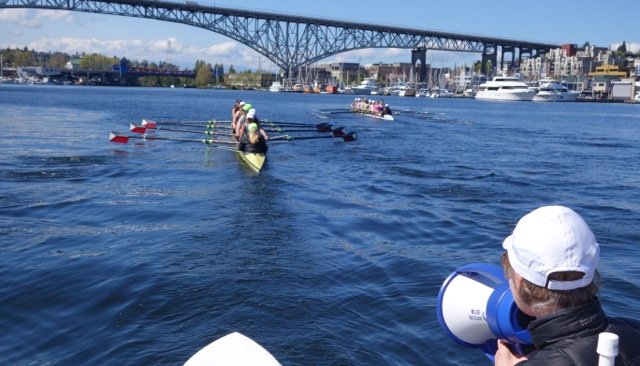 This season, I had the pleasure—and thrill—of introducing Mindfulness to the crew team at my former high school. If you’ve ever seen a shell slice through a river’s surface, you have some idea of the engine-like power and grace eight young athletes can generate.

Early in spring rowing season, I witnessed a stunning example of Mindfulness practices helping a team improve their performance in just one workout. How? Not through greater effort, but through relaxation.

As many world-class team athletes (including Michael Jackson, Joe Namath and Kobe Bryant) and coaches (such as basketball legend Phil Jackson) have learned, purposeful relaxation can be key to increasing team performance. If you manage an organizational team, you might be thrilled to hear that the same techniques can increase its performance, too.

But first, let’s revisit our young rowers. Prior to their workout, the team participated in a mindfulness session, including meditative contemplation of their bodies, teammates, equipment and physical surroundings. The team members were notably relaxed as they headed to their boats. And once they were on the water, the results of the session were even more evident in improved team synergy, and markedly better overall performance. (Please keep in mind, these rowers were already highly accomplished!)

Most vividly, before the last sprint, the team was asked to pause, sit quietly for 10 seconds and picture someone or something they loved. The result: they shot through the water with the fastest speed of the day.

Later, they reported that their mental images made them feel not only more relaxed, but also more energetic, confident and in tune with their teammates.

In the workplace, these effects manifest as hyper-vigilance, miscommunication, short tempers–and wasted time and money.

While there is no quick fix for such complex issues, Mindfulness goes to the heart of the matter. In fact, experience shows us that Mindfulness may be one of the most effective strategies for increasing business team performance.

Mindful leaders are comfortable with themselves, and clear-eyed and capable amid difficulties. Mindful team members are calm, communicative and cooperative.

In business, mindful people are able to respond to market and organizational changes because they notice subtle shifts earlier and more clearly. Perhaps most importantly, they promote human dignity even in the most trying of circumstances, including downturns, layoffs, failures, and relentlessly rapid change.

As legendary leader Phil Jackson says, “Lead from the inside out.” Mindfulness is how he does that. It can do the same for you and your team.